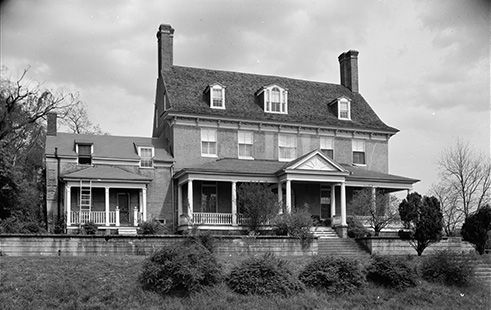 In many ways, Bostwick’s history is synonymous with that of Bladensburg. Originally built by Christopher Lowndes, a central figure in the town’s rise to mercantile prosperity, Bostwick is a large, two and a half story brick house that commands a dramatic view overlooking the Anacostia River. Christopher Lowndes used Bostwick as the hub of an extensive operation, which included a ship yard, rope walk for manufacturing rope, warehouses, the Market Masters house and other properties in the town.

Over time, Bostwick has been occupied by wealthy merchants, government officials, a British officer, a Belgian artist, and other important figures in Bladensburg’s past. Today the house and grounds are owned by the Town of Bladensburg and used by the University of Maryland as a teaching lab and conservation studio for students pursuing degrees in historic preservation and planning. The house, outbuildings and surrounding property are protected by an easement held by the Maryland Historical Trust. 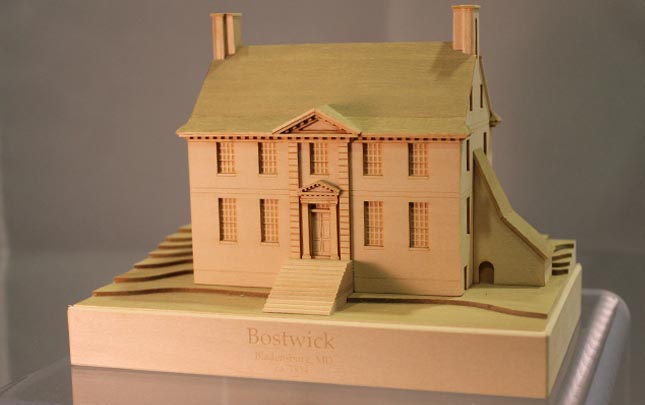 1747-1789: Occupied by Lowndes and his wife Elizabeth Tasker, (niece of Thomas Bladen, Bladensburg’s namesake) and their nine children.

1814: Colonel Thomas Barclay, British Commissioner for the Exchange of Prisoners during the War of 1812, briefly occupies Bostwick.

1822-1880: John Stephen purchases Bostwick. He adds the dormers, rear porch, some out buildings and additional land to the property. His son, Nicholas, and later his granddaughter Juliana (wife of Belgian artist, Jules Dieudonne), inherit the house.

1904: James H. Kyner purchases Bostwick. The large front porch and other colonial revival changes were added during his ownership. Kyner’s family were leaders in fostering historic awareness in Bladensburg for much of the 20th century.

Early 1900’s: Renovations cause the loss of many original architectural elements from the house and landscape, including some outbuildings.

1975: Listed on the National Register of Historic Places

1997: Sold by Susanna Yatman, the granddaughter of James Kyner, to the Town of Bladensburg. 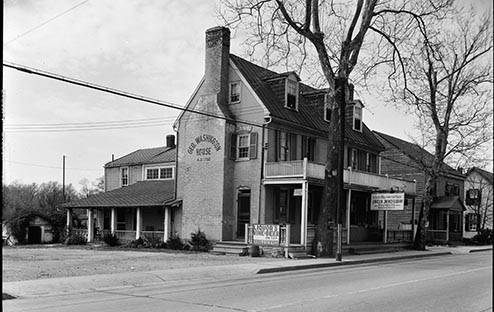 The George Washington House is one of the best known structures in Bladensburg. Tavern-owner Jacob Wirt built the 2 1/2 story brick structure sometime before 1763 and left it in his will to his wife and children. One son was William Wirt, the future Attorney General of the United States under two presidents. By 1783, the building was part of a complex that included a tavern, billiard hall, counting house, blacksmith shop, sheds, kitchen, and store.

Other famous occupants included Peter Carnes, the balloonist who conducted the first unmanned balloon flight in America in 1783 and the populist leader Jacob Coxey, whose army of protesters marched on Washington in 1894.

1783: Peter Carnes, the balloonist, takes over the property after marrying Wirt’s widow, Henrietta

1792-1832: Bayley Earles Clark and his heirs owned the brick store and associated outbuildings

1894: Jacob Coxey, a populist reformer, and his army of protestors camped on the property during their march on Washington

1972: Purchased by Prince George’s Jaycees who oversaw a restoration project 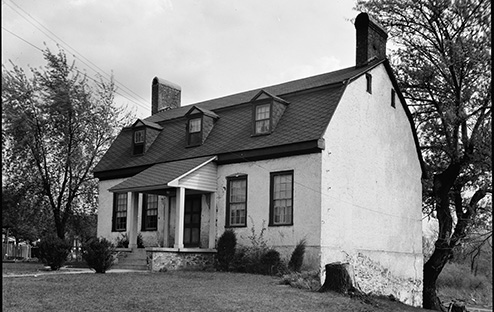 The Hilleary-Magruder house stands as a reminder of Bladensburg’s mercantile past. It is the oldest colonial-era structure still standing in the town. Initially built and occupied by well-to-do merchants, it occupied a strategic location next to the market square. One early occupant was Richard Henderson, a Scotsman who hosted George Washington for a meal on May 9, 1787.

By 1793, the property housed the 1 ½ story brick home, a stable, carriage house, corn house, stone meat house, wash house with servants’ quarters, a store house, dairy, a freshwater spring, and a plentiful garden. After Henderson’s death, the house was owned by David Ross Jr, the son of Henderson’s business partner. In the mid-19th century, it was owned by Dr. Archibald Magruder, a southern sympathizer who was arrested for treating wounded Confederate soldiers.

1787: George Washington dines at Magruder House on May 9 as a guest of the Hendersons

1799-1835: Owned by various Bladensburg residents including Howarton Cross, a veteran of the Battle of Bladensburg.

1853-1863: Owned by Dr. Archibald Magruder, who treated Confederate soldiers after hours. He was later arrested by federal authorities.

1954-1979: Owned by State Roads Commission and rented to Forest L. Newton who ran an antique store (The Flea Market) on the ground floor. Susanna Christofane led a successful campaign to save the Magruder and Market Master houses from demolition. The Market Master’s House is a visible reminder that the current intersection of Annapolis Road and 48th Street once was the location of Bladensburg’s historic market square. This stone structure was originally built by Christopher Lowndes, an English merchant and owner of Bostwick House. Lowndes used it as a business office, and its proximity to the square meant that tobacco inspectors likely operated here as well. Recent archaeological investigations suggest that the house served as a post office and stage coach stop. Since the 1850’s the house has been a single family residence. 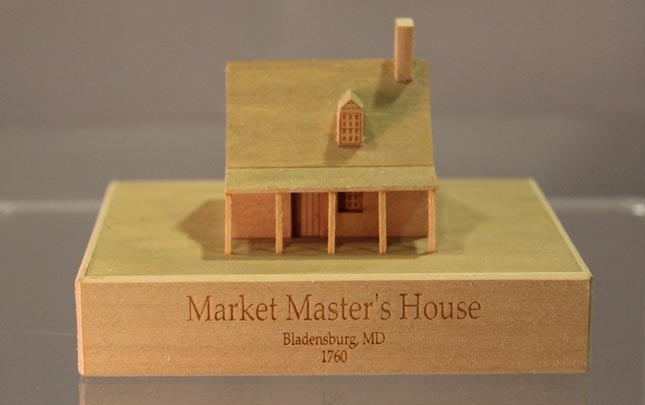 1850’s-Present: Served as a single-family home 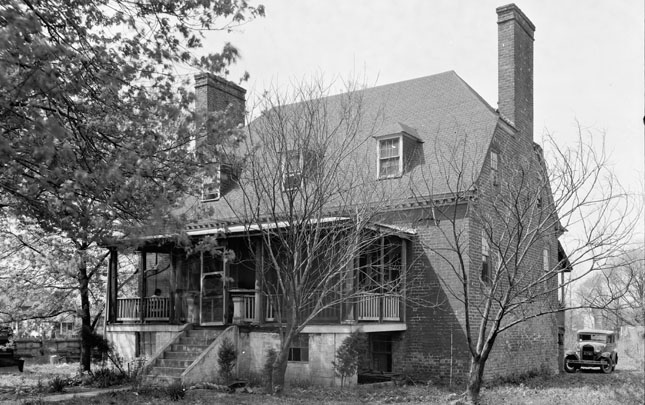 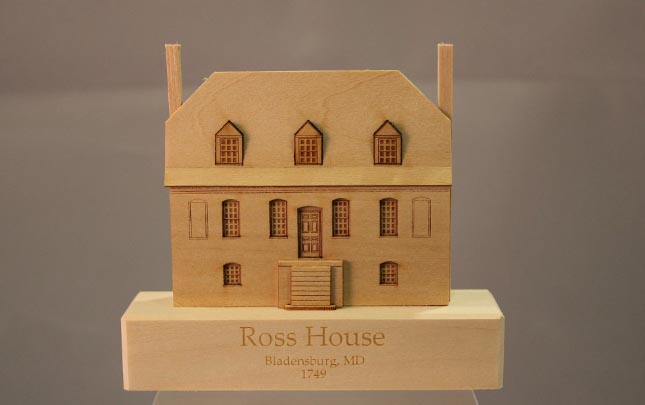 Ross House represents one of the more controversial methods of preservation: Relocation. Originally owned by the merchant David Ross, the Ross House was moved to Preservation Hill in Cockeysville, MD in the 1960’s. Though you can say that any preservation is better than demolition, many historians and preservationists argue that moving a house out of its context calls its integrity into question. Today Ross house is privately owned and not open to the public. 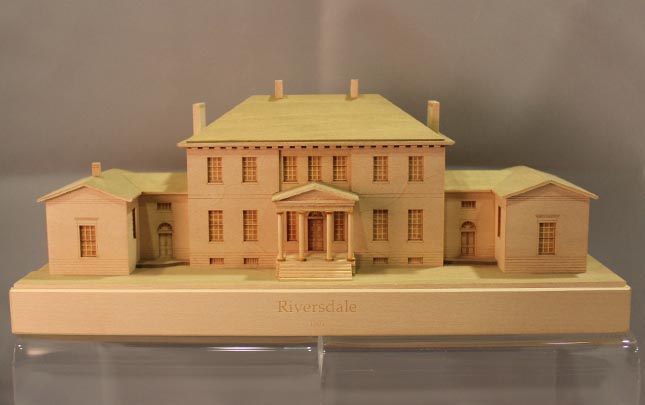 Riversdale is unique as the only surviving historic structures in the Bladensburg area that currently functions as a full time house museum. House museums have been a popular strategy for preserving historic sites. This approach allowed local groups to preserve the surviving structure and interpret it through period furnishings and education programs. However, the house museum model has proven to be costly and at times unsustainable. Today many preservationists are turning to other adaptive reuse options. These might include renting structures to businesses, turning them into public resources such as community centers, or selling them to private owners with strict easement protections.