Albert Russel Erskine, Jr. (1912-1993), was Porter’s husband from 1938 to1942. They first came in contact in 1935 through correspondence when Erskine was serving as an editor of the Southern Review while he was in graduate school at Louisiana State University. They met face-to-face at Benfolly, the home of Allen Tate and Caroline Gordon, on 21 August 1937. Erskine subsequently had a distinguished career as an editor at various publishing houses, most notably Random House, where he served as managing editor, vice president, and editorial director.

Between September 1937 and their April 1938 marriage, Erskine and Porter corresponded frequently, often multiple times per day. This practice continued whenever they were apart during the marriage. Although they separated before Porter moved to Yaddo in June 1940, they continued to correspond very frequently until late 1941. The letters Porter wrote to Erskine before their divorce provide intimate insights into their relationship as well as Porter’s opinions on her work, the arts, political and world affairs, her family, and her experiences. 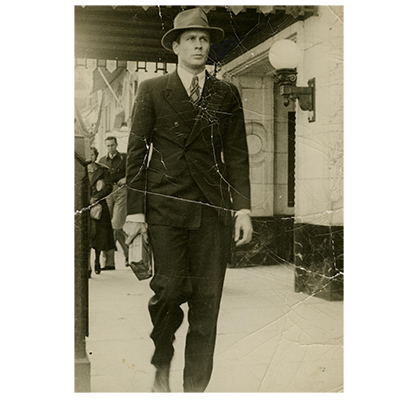