Eugene Dove Pressly (1904-1979) was Katherine Anne’s husband from 1933 to 1938. When they met in Mexico in 1930, he was a stenographer and translator for the Institute of Current World Affairs and Guggenheim Memorial Foundation. He held various positions in Spain, Switzerland, France, Russia, and Belgium with the U.S. Foreign Service between 1932 and 1941 with a brief hiatus in 1936. During World War II, he served in the United States Army.

Although they traveled to Europe together in 1931, Katherine Anne and Eugene lived separately in different European countries until late 1932, during which time they corresponded almost daily. Between their marriage in 1933 and their separation in 1937, they continued to write one another frequently whenever they spent time apart for international travel, medical treatments, and professional obligations. Porter’s letters to Pressly provide intimate insights into their relationship, into her health and state of mind, and into her literary opinions and developments during the 1930s, which was her most creatively productive decade. 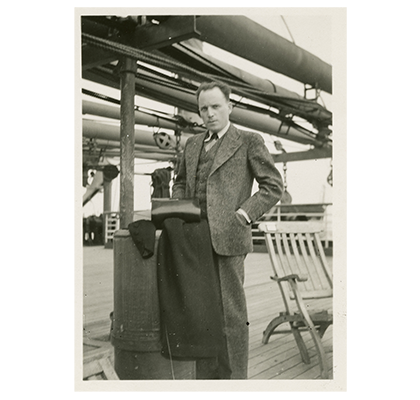