Ann Hollaway Heintze (1921-1987) was Porter’s niece, the daughter of her older sister Gay and Thomas H. Hollaway. In 1938, Ann began a career as a professional ballet dancer with the San Carlo Opera Ballet; she joined the Ballet Russe de Monte Carlo in 1946 and left the company to dance at Radio City Music Hall from 1947 to 1951. Thereafter, she worked as a dance teacher and opened her own studio in 1956. Ann was married to Walter Merritt Hemmerly, Jr., from 1940 until 1949. In 1950, Ann married Walter Heintze, with whom she had two sons, David and Donald. Ann, Walter, and David Heintze moved from New York City to New Canaan, CT, in 1954. The Heintzes subsequently built a home in Poundridge, NY, in 1957.

Ann began corresponding with her aunt in her teens, and the two developed and maintained a warm relationship throughout Porter’s life. The intimacy of their bond is demonstrated in the extensive archive of letters “Aunt Kat” wrote to Ann. These letters document Porter’s attitudes toward her own life, encourage her niece’s artistic aspirations, and offer sympathy for Ann’s domestic burdens. Ann and Porter lived together briefly in Santa Monica in 1945 and in New York City in 1949. They also lived in relatively close proximity between 1955 and 1958, when Porter resided in Southbury, CT. Together they traveled to Mexico (1960) and Italy (1962). The majority of Porter’s letters to Ann are from the Ann Heintze Papers, which Ann sold to the University of Maryland in 1981. 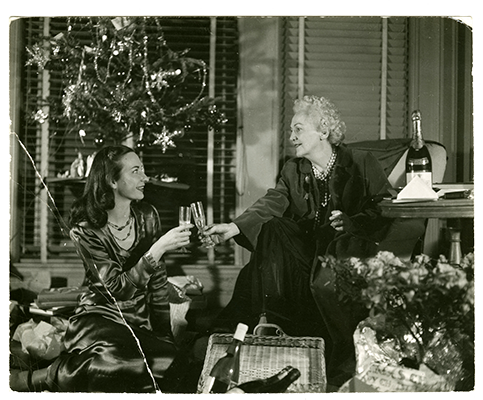