Albert Vaughn "A.V." Williams was one of the many outstanding students to graduate from the Maryland Agriculture College. A member of the Class of 1917, he was a well-rounded student involved in many activities and excelling in whatever he tried. For example, he became a strong player on the football team, lettering his junior and senior years, despite never having played the game before coming to campus. He was also involved in the lacrosse team, the Engineering Society, and the Rossbourg Club, and he was a member of the Kappa Alpha fraternity.

After graduating in 1917, he spent the next three years in the Marine Corps, serving in such locations as the Dominican Republic . After leaving the Corps, as a civilian, he had a major role in the formation of several different companies, the primary one his road-building firm, Williams Construction Co. He was involved in building many pieces of the main highways in the Baltimore-Washington metropolitan area, e.g. the Baltimore-Washington Interstate, Baltimore County Beltway, and the Mt. Vernon Memorial Highway . He also was a key player in the construction of shopping centers and plazas throughout Prince George 's County, Maryland.

Williams maintained strong ties to the University of Maryland throughout his life through his term as president of the M Club, his membership in the Terrapin Club, and his major gifts in support of Maryland Athletics. He also took a personal interest in raising oysters in his boyhood home of Nanticoke , Maryland and working to keep the Nanticoke and Wicomico Rivers clean.

Albert Vaughn Williams died at the age of 97 on August 6, 1992 . He was pre-deceased by his wife Blanche (O'Dell) and survived by his two children, Jennie Lee Williams Fowlkes and Albert H. Williams. 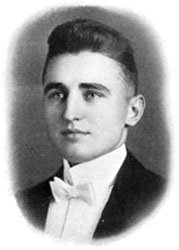 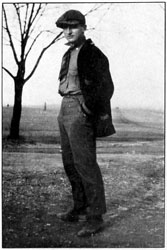 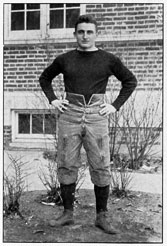