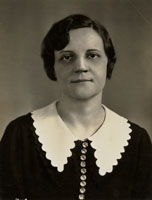 Ugliest Man on Campus — Contest sponsored annually by the Alpha Phi Omega fraternity between 1953 and 1972; originally begun as a fundraising activity to support various charities during the Campus Chest drive; entrants were sponsored by campus organizations, and students paid a penny a vote to support their favorite candidates, as many times as they wished; winners received an all-expenses paid date with two campus beauty queens; first winner was Donald "Glip" Goldstein, Class of 1954.

UMTV — The university's television station run by faculty and students in the Philip Merrill College of Journalism.  The studio is part of the Richard Eaton Broadcast Center in Tawes Hall.

Uniforms — Early students at the Maryland Agricultural College were required to wear uniforms at all times on campus. The daily uniforms were gray wool with black piping and were similar in style to those of the cadets at West Point. Dress uniforms were more elaborate, with gold-colored buttons and braid. Compulsory wearing of uniforms seems to have ended between 1915 and 1916. By the 1916-17, academic year students were only required to appear in uniform in military formation.

University Honors — Largest program within the Honors College, founded in 2009.  Curriculum revamped beginning in 2019 to include "collaboratively designed, thematically organized courses of contemporary and enduring significance."

University House — On-campus residence for UMD president and an events center for programs that align with the mission of the President's Office.  Completed in August 2012.  Replaced the President's Residence, constructed in 1955.  Built entirely with private funding.

University Medal — Since May 2000, this honor is given to the graduating senior "who best exemplifies academic distinction, extraordinary character, and extracurricular contributions to the campus or public communities." See the list of University Medal recipients for more information.

Unsolved Mystery — On February 28, 1954, Registrar Alma H. Preinkert and one of her sisters were accosted in their Washington, D.C., home by a knife-wielding robber, and Miss Preinkert was mortally wounded. Her violent death shocked and saddened the campus community, which created a number of memorials in her honor, including renaming the Women's Field House for her. Miss Preinkert's murder was never solved, and her ghost is alleged to haunt the Kappa Delta sorority house, one of the 14 stops on the UMD ghost tour.