Cadets — The first students at the Maryland Agricultural College were called cadets. Military training was compulsory for all students. After 1916, military science became one part of the student's curriculum, rather than a central aspect of student life.

Calvert, Charles Benedict (August 23, 1808 - May 12, 1864) — Central figure in the founding of the Maryland Agricultural College, president of the Board of Trustees, and well-known philanthropist, planter, and congressman. Calvert served as acting president of the college from 1859 to 1860.

Calvert Cotillion — The UMD chapter of Omicron Delta Kappa (ODK), a national honorary fraternity, held the first Calvert Cotillion on February 22, 1928, the first formal dance on campus that featured a promenade. One of the main features of the evening was the tapping of new ODK members. The Cotillion, originally organized to mark George Washington's birthday, was an annual affair until the mid-to-late 1960s when the tradition disappeared. It was revived in 1999 as a formal dance for all graduating seniors and had various sponsors, including the Alumni Association, Senior Council, ODK, and Pepsi.

Calvert Hall — The oldest dormitory on campus; constructed in 1914 and named for Charles Benedict Calvert. First building constructed after the great fire of 1912.

Cannon — During home football games, a small cannon is fired off each time the Terrapins score.

Capital One Field — Name for the football field inside Maryland Stadium. Sponsored by the Capital One banking and credit card company.

Cavalry, UMD — This member-run organization connected to the Department of Animal Sciences was founded in 1991 and offers training for mounted and unmounted equine activities for students, community members, and especially Animal Sciences undergraduates. The group constitutes the Second Regiment of the U. S. Active Cavalry Riders and is the mounted honor guard of the American Youth Horse Council.

Cemetery — A small cemetery behind Maryland stadium and adjacent to the apiary holds members of the McNamee family, original owners of the land in that area of campus. One of the haunted locations on the UMD ghost tour.

Centreville Hall — Dormitory constructed in 1962; named for Centreville, Maryland, county seat of Queen Anne's County. The building was nicknamed "The Nunnery" when it housed only female students. Designed by the architectural firm Walton & Madden.

Champions, Multi-sport — Two members of the D.C. Divas professional women's football team, Allyson Hamlin and Subrena Rivers, won ACC championships as student athletes and a national championship as pro athletes. While at Maryland, Hamlin was a catcher for the Terps softball team that won the ACC crown in 1999. Rivers was a member of the women's basketball team that represented the Terps in the Final Four in 1988. The Divas won the 2006 National Women's Foorball Association World Championship. Track star Renaldo "Skeets" Nehemiah won national championships as both a student and a pro athlete. Nehemiah won the NCAA championship in the 60-yard high hurdles in indoor track in 1978 and 1979 and the 110-meter hurdles outdoors in 1979. His championship at the professional level came in football, as a member of the 1984 San Francisco 49ers team that won the Super Bowl.

Chancellors — Between 1970 and 1988, the administrative hierarchy of the University System of Maryland changed to a structure in which chancellors headed each of the five existing USM campuses. During this time, five chancellors led the College Park campus. See the past presidents timeline on the Office of the President website for more information. John Brooks Slaughter, who served as chancellor from 1982 to 1988, was the first African American to head the University of Maryland, College Park, campus as its top administrator.

Chaos Concept — In 1975, James A. Yorke, Distinguished University Professor of Mathematics and Physics, and T.Y. Li coined the term "chaos" to describe a mathematical concept in on-linear dynamics for systems that vary according to precise deterministic laws but seem to behave in random fashion. Yorke shared the 2003 Japan Prize in recognition of his ground-breaking research.

Chapel — Memorial Chapel was dedicated October 12, 1952, to honor the men and women from the university who lost their lives during the country's wars; designed by Henry Powell Hopkins; the building consists of three chapels: the Main Chapel, the West Chapel, and the Chapel of the Blessed Sacrament. The Class of 1992 donated funds to restore the Chapel chimes and clock. The Class of 1997 sponsored the restoration of the Chapel's West Courtyard.

The first couple married in the Chapel was Albert E. Stott and Helen Ann Bump of Hyattsville, Maryland. The November 27, 1952, ceremony was performed by Rev. Myers. The first funeral, held there on March 3, 1954, was that of Alma Preinkert, the university's registrar, who was murdered during a robbery attempt in her home in Washington, DC.

Charter — The General Assembly of Maryland granted the Maryland Agricultural College a charter on March 6, 1856 (Laws of Maryland, 1856, Chapter 97). View the original charter.

Charter Day — Anniversary celebrated at various times to commemorate the university's founding as the Maryland Agricultural College on March 6, 1856.

Cheers — Earlier in the 20th century, students chanted well-rehearsed cheers at campus sporting events. Many of the cheers were circulated to the students through their publication in the student handbooks.

Cheerleading, Competitive — The University of Maryland added women's cheerleading as a competitive sport in the fall of 2003, the first such varsity program in the United States. The team participates in intercollegiate competition across the country and was a separate group from the "spirit squad" that continues to cheer at football and men's and women's basketball games. The Terps won their first national competitive cheer championship on April 7, 2006, just edging out the five-time consecutive national champion Louisville Cardinals by .13 points. They were again crowned national champions in 2007, 2008, and 2010. The university eliminated the competitive cheer team (then known as acrobatics and tumbling) in 2012.

Chesapeake Building — Constructed in 1991; named for the Chesapeake Bay.

Chincoteague Hall — The only building on campus named for a location largely outside the state of Maryland. Formerly known as the Journalism Building.

Civil War — The campus was a campsite for troops from both sides of the conflict during the Civil War. Six thousand Union troops under the command of General Ambrose E. Burnside stayed overnight on the Maryland Agricultural College grounds in April 1864. Three months later, Confederate General Bradley T. Johnson and his men briefly occupied the campus. General Johnson used the Rossbourough Inn as his headquarters.

Clarice Smith Performing Arts Center — At 318,000 square-feet, the Clarice Smith Performing Arts Center, designed by Moore Ruble Yudell and located on 17 acres at the northwest end of campus, was the largest single building ever constructed by the State of Maryland at the time it opened. The Center, informally known as The Clarice, is a state-of-the-art performing arts "village," comprised of ten interconnected structures. It celebrated its official dedication on September 29, 2001, and the first public, ticketed performance was the "Happy Birthday Mozart" concert held on February 3, 2001. The Center is named for well-known Virginia artist and collector Clarice Smith, who attended the university before continuing her art studies at the Corcoran School in Washington and at George Washington University, where she taught watercolor and portrait painting to advanced degree candidates. Smith has had numerous solo exhibitions in galleries in the United States and abroad.

Class Gifts — See the list of class gifts, which includes some reunion gifts. The tradition of giving Senior Class gifts began at the university in 1910. By the late 2000s, this tradition evolved into an All-Student Giving initiative to encourage Terps to donate to any project or cause to which they are connected.

Class Pin — The Class of 1901 received the first-ever class pin, "a flag pin on which are the Maryland Colors," as noted in the 1901 Reveille yearbook.

Class Ring — The Maryland Agricultural College Class of 1900 was the first to introduce the concept of a class ring, as noted in the 1900 Reveille yearbook.

Climbing Center — Campus Recreation Services opened the new outdoor rock climbing facility in May 2001. At 55 feet, the Terrapin Climbing Center is one of the tallest university climbing walls in the United States.

Coast Guard Cutter — The Coast Guard Cutter Terrapin entered service on March 23, 2006, in Bellingham, Washington. It undertakes search and rescue, law enforcement, fishery patrol, drug interdiction, migrant interdiction, and homeland security missions up to 200 miles offshore. There is no known connection between the cutter's name and the University of Maryland.

Cole Student Activities Building — Constructed in 1955; named for Judge William P. Cole, Jr., Class of 1910 and chairman of the Board of Regents from 1944 to 1956; commonly referred to as "Cole" or "Cole Field House;" capacity 14,596; the Terps defeated the University of Virginia in both the first (December 2, 1955) and last (March 3, 2002) games in Cole Field House. Andre Collins scored the last basket in Cole. This building has been converted into an indoor athletic practice facility, dedicated in August 2017, and has been expanded to include the Center for Sports Medicine, Health, and Human Performance and the Academy for Innovation and Entrepreneurship.

College Bowl — A five-man team from the University of Maryland won the 1981 College Bowl national championship, a battle of the brains among schools from across the country as players race to provide the correct answer to questions from all academic disciplines. The College Park squad, consisting of Tom Rogers, Townsend Reese, Robert Whaples, Robert Saltzberg, and Brick Barrientos bested Davidson College by a score of 360 to 130 on March 23, 1981.

Colors — The official school colors are black, gold, red, and white, the colors of the Maryland state flag.

Community Learning Garden — Founded in 2011, the garden, located between the Eppley Recreation Center and the School of Public Health (SPH) building, is a project of SustainableUMD. Completely run by volunteers, it is a central meeting point for members of the SPH and greater UMD communities and a "living classroom where faculty, staff, and students can engage in experiential education on issues directly related to agriculture, community health, public health, and environmental health." Participants can also "put into practice lessons about the importance of environmental stewardship, agricultural sustainability, physical activity, balanced diets, and environmental exposures."

Computer Science Center — Opened in 1962 under the direction of Dr. Werner Rheinboldt.

Computer Vision — Computer science field that has fostered such technologies as facial recognition on cell phones and programming that allows robots to navigate warehouses. UMD professor Azriel Rosenfeld is considered the founder of this rea of research. 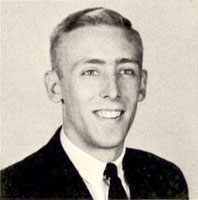 Counseling Center — Originally established as part of the Department of Psychology in 1938, the Counseling Center became a separate administrative unit in 1955. Thomas Magoon served as the center's first director from 1960 to 1988.

Curling — A winter Olympic sport involving a 42.5 pound stone slid along the ice as players wield brooms to guide its passage. Former Terrapin and NFL football player Vernon Davis was named the honorary captain of the U.S. Curling Team for the 2010 Winter Olympics in Vancouver, British Columbia, Canada.

Cypress Building — Constructed in 1947 and acquired by the university in 2016. Located at 8320 Baltimore Avenue. Named for Cypress Creek and Swamp on Maryland's Eastern Shore. Occupied by units from the A. James Clark School of Engineering.