Acres on Campus — (2019) 5,210, including off-campus locations that the University maintains; 1,340 acres comprise the main campus, not including the woods and the golf course.

Acres on Original Campus — 428; purchased from Charles Benedict Calvert, prominent planter and landowner in Prince George's County, his brother George, and their wives, at a cost of $50 per acre.

African American History Tour — Self-guided walking tour of campus, commissioned by the Office of Diversity and Inclusion and coordinated through the Office of Multicultural Involvement and Community Advocacy, that highlights campus landmarks associated with the impact of African Americans at the University of Maryland and throughout history.

Other early African American graduate students at the university include Rose Shockley Wiseman, Myrtle Holmes Wake, and John Francis Davis, who completed their coursework off-campus but received their master's degrees in education at the June 9, 1951, commencement ceremony in College Park, and Selma Romaine Mason Toye, who received a M.Ed. degree on August 2, 1957.

In 1959, Joseph Alexander Wiseman, husband of alumna Rose Wiseman, was the first African American awarded a doctoral degree by the University of Maryland. Dr. Wiseman's dissertation was entitled "An evaluation of the special school systems during a three-year period beginning in 1955-56 through 1957-58." Seven years later, in 1966, Rebecca Carroll became the first African American woman to earn a doctorate from the University of Maryland. She received her degree in Education, and her dissertation was entitled "A Comparative Study of the Self-Perceptions of Fifth-Grade Boys and Girls as Learners." Jerusa C. Wilson was another early African American Ph.D. recipient; he received his degree in Experimental and Quantitative Psychology in 1962 for his dissertation entitled "An Investigation of Vigilance in the Rhesus Monkey." 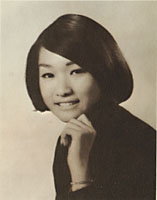 Agriculture Day — This celebration was first held in 1924, when the campus Livestock Club held its first fitting and showing contest as part of "Farmer's Day," which was sponsored by the university.  Agriculture Day activities are now part of the university's annual Maryland Day open house, held on the last Saturday in April.

Alma Mater — Words and music by Robert Kinney, Class of 1940; copyright 1941 by the University of Maryland Student Government Association.

Alumni Day — Celebration associated with June graduation exercises. Among the activities on Alumni Day were planting ivy by the senior class (begun in 1926), a tug-of-war between the Sophomore and Freshman classes, the passing on of school traditions, and class reunions.

Alumni Hall of Fame — Created to celebrate individuals whose personal and professional achievements have brought honor and distinction to the University of Maryland. Alumni are honored with a display in the Samuel Riggs IV Alumni Center. A new group of inductees is selected every five years.  Visit the Alumni Association Hall of Fame page to read their brief biographies.

Amazing Race — UMD alumna Kym Perfetto, Class of 2002, competed in the CBS Television reality show "Amazing Race" in 2014 and finished in fifth place with her teammate Alli Forsythe.  Perfetto, known as KymNonStop, has also appeared in the movies Premium Rush (2012) and Shot in the Heart (2001) and on the television show "Homicide: Life on the Street" (1998).

Ambassadors, U.S. — Maryland alumni Joseph B. Gildenhorn, John Berry, Robin Raphel, Prudence Bushnell, Peter Bodde, Robert W. Jordan, Roscoe Suddarth, and David Satterfield have represented the United States as ambassadors, Gildenhorn to Switzerland from 1989 to 1993; Berry to Australia from 2013-2016; Raphel to Tunisia from 1997 to 2000; Bushnell to Kenya (1996-1999) and Guatemala (1999-2002); Bodde to Malawi (2008-2010), Nepal (2012-2015), and Libya (2015-2018); Jordan to Saudi Arabia (2001-2003); Suddarth to Jordan (1987-1990); and Satterfield to Lebanon (1998-2001) and Turkey (beginning on June 28, 2019).  Faculty member Ivo Daalder, an associate professor in the School of Public Policy, served as the U.S. Permanent Representative on the Council of the North Atlantic Treaty Organization (NATO) from May 2009 to July 2013.  Alumna Diana Lady Dougan was awarded the permanent title of ambassador for her role in International Communications and Information Policy negotiations in the 1980s; she oversaw international telecom, broadcast, and IT policy interests including coordinating treaty negotiations involving over a dozen U.S. federal agencies.  Alumnus Esteban Edward Torres served as United States Ambassador to the United Nations Educational, Scientific, and Cultural Organization (UNESCO) in Paris, France, from 1977 to 1979.

Ambassadors, International — Jesus Tambunting, Class of 1960, served as the Philippine Ambassador to the United Kingdom from 1993 to 1998.  Kwesi Ahwoi, who undertook graduate studies at UMD from 1985 to 1986, became the first Ambassador for Ghana to the Comoros and has also served as the Ghanaian ambassador to Lesotho, Mauritius, Seychelles, and Swaziland.

America’s Big Deal—Alumna Sherrill Mosee, Class of 1986,founder of all-in-one handbag company MinkeeBlue, won the premiere episode of America’s Big Deal, the USA Network’s live, “shoppable” pitch competition. Four entrepreneurs have two and a half minutes to pitch their products, which viewers can then purchase in real time. At the end of the hour, the contestant who earned the most money in sales wins a deal with one of the show’s panelists, who represent companies including Macy’s, Lowe’s and QVC/HSN. Mosee’s Mariah Backpack, a hybrid work bag-travel bag-purse, came out on top in the show’s debut, selling out inventory and landing her a $100,000 purchase order with Macy’s.

American Academy of Arts and Sciences — As of 2022, 30 UMD faculty, administrators, and alumni have been elected members of the American Academy of Arts and Sciences.  The Academy, founded in 1780, "honors excellence and convenes leaders from every field of human endeavor to examine new ideas, address issues of importance to the nation and the world, and work together 'to cultivate every art and science which may tend to advance the interest, honor, dignity, and happiness of a free, independent, and virtuous people.'"

American Association of Universities — The University of Maryland was elected to membership in this prestigious organization in 1969.

Annapolis Hall — Originally constructed in 1924; designed by Flournoy and Flournoy; razed and rebuilt in 1988; named for the state capital, Annapolis, Maryland.

Apple Patent — Christopher Walsh, professor in the Department of Plant Science and Landscape Architecture, received the university's first patent for a new variety of apple, called Antietam Blush, in 2018.  This apple was specially bred through the Maryland Apple Tree Architecture Project to be well-adapted to the Mid-Atlantic climate, resistant to disease, more cost-effective grow, and more heat tolerant.

Apollo 11 — UMD has a long-lasting connection to the Apollo 11 mission and its famous moon landing.  A small panel of 100 mirrors, called the lunar laser ranging array, placed on the Moon during Armstrong and Aldrin's work on the surface combines with two other panels placed by Apollo 14 and 15 astronauts to reflect lasers beamed by telescopes on Earth.  In part, these arrays help verify portions of Einstein's theory of relativity.  The original array was developed by UMD faculty members Doug Currie and Carroll Alley as part of a national team of scientists.

Arboretum and Botanic Garden — The American Association of Public Gardens designated the UMD campus as an official arboretum and botanic garden in 2008, recognizing the university's commitment to becoming a green campus.  An arboretum is defined as "a place where trees, shrubs, and herbaceous plants are cultivated for scientific and educational purposes."  More information may be found on the Arboretum's website.

Architecture Building — Constructed in 1972. Special features of the building include a plaque dedicated to Henry Powell Hopkins in honor of his support of the School of Architecture and a sculpture behind the building given in memory of Herbert E. Rycroft II, sculpted by Raymond Kaskey in 1972. 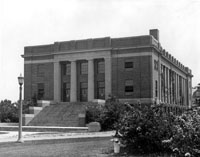 Art Gallery — Founded in 1965, located in the Parren J. Mithcell Art-Sociology Building since 1976. The gallery supports the development of contemporary art and visual culture in the region, as well as academic scholarship and research on campus. Three other art galleries on campus are the Herman Maril Gallery (Art-Sociology Building), the David C. Driskell Center (Cole Activities Building), and the Stamp Gallery (Stamp Student Union). For more information, visit the University of Maryland Art Gallery website.

Artemesia Building — Constructed in 1971 and acquired by the university in 2016.  Located at 8400 Baltimore Avenue in the City of College Park.  Named for Lake Artemesia.  Houses offices fo units in the School of Public Health and the offices of the Provost, Vice President for Administration and Finance, Vice President for Research, and Vice President for Student Affairs.

Artificial Intelligence — UMD professor of computer science Jack Minker made key contributions to the field of artificial intelligence and is a pioneer in the field of deductive databases and disjunctive logic programming.

Astronauts — Judith Resnik, one of the astronauts who perished in the Challenger explosion, received a Ph.D. in Electrical Engineering from the University of Maryland in 1977; Paul Richards, a 1991 graduate with a master's degree in mechanical engineering, spent March 8-21, 2001, in space on the STS-102 Discovery mission to the International Space Station. He presented University of Maryland President C. D. Mote, Jr., with a banner he took on his first mission into space at a ceremony during Maryland Day 2001. William (Willie) McCool, who died aboard the space shuttle Columbia, received his master's degree in computer science from the university in 1985. Richard "Ricky" Arnold II (M.S., Marine Biology, 1992) was selected as a member of the 2004 class of astronaut recruits; his first journey into space was aboard the space shuttle Discovery, on a February 2009 mission to the International Space Station. Jeanette Epps (M.S. Aerospace Engineering, 1994; Ph.D. 2000) was selected as a member of the 2009 astronaut candidate class and completed her candidate training in 2012. She will make history in 2021 when she becomes the first African American female astronaut to serve as a member of the crew aboard the International Space Station.

Athletes, Women — The first two women to receive athletic scholarships from the University of Maryland were Paula Girven, track and field, and Jane Connolly, basketball.  Both entered the university in the fall of 1976.

Prior to Richardson, the athletics department was primarily managed by an Athletic Association and executive council representing various sports. An Athletic Board consisting of about five members continued to provide support for athletics well after the advent of an official Athletic Director. In 1994, Deborah Yow became the first woman to hold this position. Kevin Anderson was the first African American to serve in this capacity, replacing Yow on October 1, 2010.

Atlantic Building — Formerly known as the Computer Science Building; constructed in 1963; renovated and expanded in 1996.  Designed by Johannes & Murray.